Marvelous May more than made amends: warming breezes with bee-buzz and late apple blossom.  It sprang; it sprung; it’s spring: it’s sparrow-chirp and blackbird songs, with frolicking new born fleeces and days stretching out to where summer belongs.

Yes, May has more than made up for things:
Lilacs hang heavy, early foxglove and Lupin spires stand proud and every bloom is bombarded by winged wonders that now seem frantic to make up for the month long delay in bud burst just a few short weeks ago. 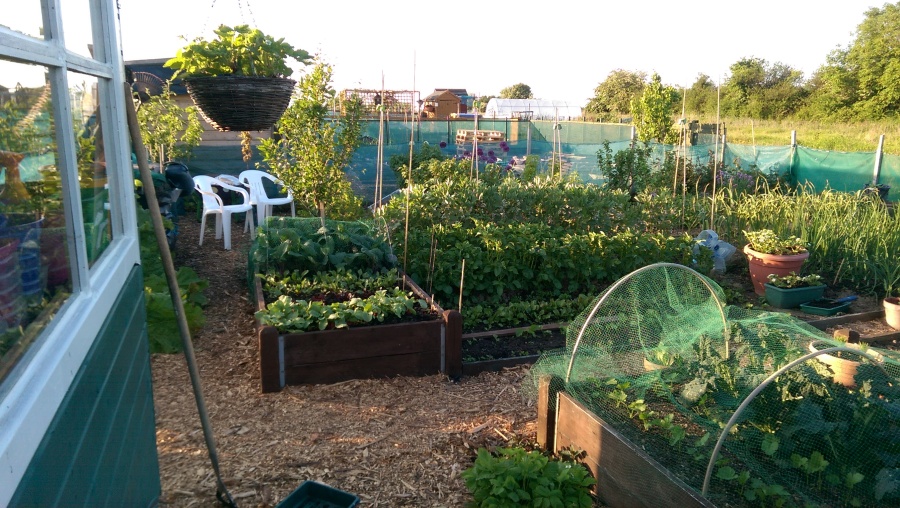 Yes, May has more than made up for things; and with that all is forgiven. All the bare beds and drills are green again and all the seedling which had to be kept under cover for far longer than expected have been grounded at last. The polytunnel tomatoes, peppers and aubergines have set bloom and trusses at last. And softly, almost imperceptibly May morphs, and merges, and June…Glorious June, and for the first time in many decades the fulfillment of the promise of an early summer is fully realized, with thoughts drifting on waves of meadow grasses and buttercups. Tits and thrushes and warblers, and poached-eggs and heady irises, and the first roses of summer, Port Sunlight and Young Lycidias; and there is a time for all things, for constant watering and thinning-out, for hardening-off and sowing out, but there is also a time for leaving the hoe and trowel rest a while, and allowing the misplaced weeds thrive an hour or two longer, or a day or two longer; a time for prosecco and Ice Cream, and balmy nights with clammy skin and late outdoorsy activities, and long bright evenings sitting in the dappled shelter of the broad beans, gooseberries and blackcurrants and wondering what it would be like with a whole summer of early June, a thought as fluttering as the Holly Blue butterflies.

All looks well in the early summer sun, and the monster is no different, but the gardener’s eye still catches on the after effects of the atrocious winter and spring; the space where the peach tree used to be, and the gaps in the border where the dahlia and geraniums just didn’t make it.  But, it is still early June, only early June, and for more years than we care to remember at this time of the year we would idly content ourselves wishing for the onset of a decent run of summer, sometime soon…
So, here’s to a decent run of summer, sometime soon, a run of summer like this year’s early June. 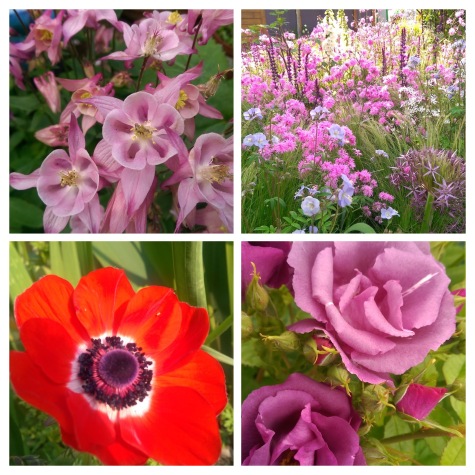 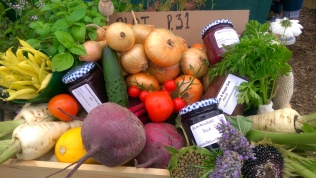 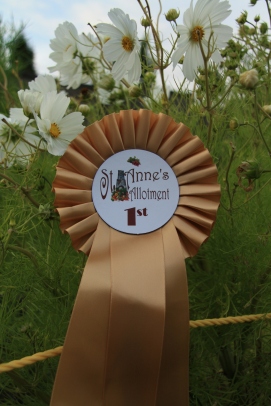 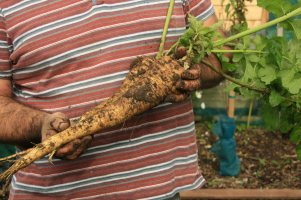 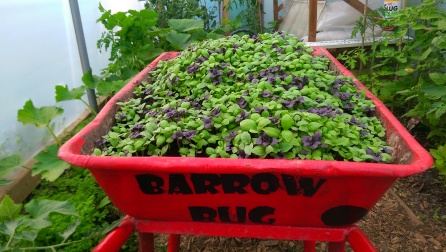 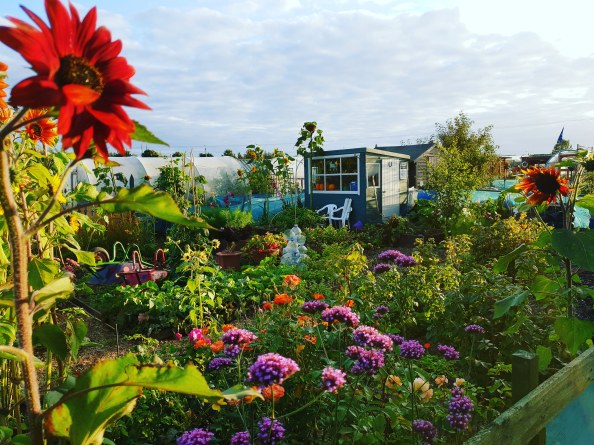